Tsemi is a climatic resort, a village in the Borjomi district situated in 18 kilometers from Borjomi. It is included in the Borjomi resort group. It is located at an altitude of 1120 meters above sea level.

According to 2002 census 307 people lived in the village. Winters are moderately soft and snowy. Yearly sunshine duration is 2200 hours. Amount of precipitation is 550 mm per year. There were sanatorium for the treatment of respiratory diseases (tubercular character), and children's sanatorium for the treatment of inactive tuberculosis. Curative factor is climate. Medical indications: chronic diseases of respiratory organs.

After the collapse of the Soviet Union health care system in Georgia and the resort and sanatorium sector came in full decline. Only since 2005, health-care system has been restoring. Resorts have largely been privatized, although the recovery of this sector is very slow due to lack of investment. The state is actively involved in ensuring the attractiveness of the investment climate, but in spite of the undeniable merits of many resorts in Georgia, their development is quite slow.

Even during the Soviet regime medical researches have studied and proved the unique climatic conditions in the Tsemi village, which is located between well-known Borjomi and Bakuriani resorts. In 50s on the orders of the Soviet Government there was built a year-round children's sanatorium for patients with chronic respiratory diseases and, in particular, the inactive forms of tuberculosis. This resort, situated on the top of the mountain surrounded by forest-covered pine trees, for school-age children has been provided with all conditions for a long stay and school-study. 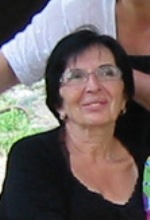 Sanatorium personnel was staffing with doctors and school teachers. Sanatorium was rebuilt several times, was equipped with medical laboratories, classrooms for school, gym, library, cinema, concert hall, stadium for soccer, a dining room for 120 people. Since winter in Tsemi  is long and snowy and the temperature reaches minus 20 degrees Celsius, especially for the this sanatorium was constructed boiler room, worked on fuel oil and provided heating and hot water to the main building and several auxiliary buildings situated on an area of 5 hectares. In the courtyard were built attractions for children. The whole territory of the sanatorium, which was named "Gantiadi" (which means daybreak in Georgian) was planted with pine trees. Results of children's stay in the sanatorium were evaluated very positively - a large part of patients  recovered and all children successfully rehabilitated.

Sanatorium "Gantiadi" in Tsemi was privatized and amazing person  - Mzia Gogolashvili (see photo) became its owner. She and her family make every effort to ensure 3.5 months in the year of the former health resort receive a couple of hundred guests (mostly again with the children) and about one hundred of athletes who perform sport training in this magnificent corner of Georgia. However, to improve living conditions, which to date are very uncomfortable, although quite accessible for general public, the current owners lack funds. No doubt it is bad that resort due to lack of heating system is operational only 3.5 months of the year, most of the children park amusement are destroyed, however, there is no end of those who want to relax in "Gantiadi".

For two recent years in a row I  with my family am vacationing in Tsemi "Gantiadi" actually two months of each year and I am very pleased with results of my stay in this unique natural conditions of the site.

During the holidays I took some pictures and recorded videos of the workouts of the rugby club “Academy Tbilisi”.

(Admission fee for adult with a child, a ticket is shown in the picture), children were entertained by a circus performer who juggled 2 pounds (32 kg) weights simultaneously in two hands while standing on a board mounted on four necks of Coca-Cola bottles.

In the conclusion he demonstrated a truly "death" trick, when he was run over by ancient Soviet sedan car "Volga", weighing 2 metric tons. I called it a fatal performance, not because the stunt itself is unique - many artists do it. It was surprising incredible courage of performer by the name of Merab Nikabadze, who showed completely dismissive attitude towards  elementary precautions - on video you will see a striking fact that 40 years old vehicle did not start at all, was technically defective, one of the spectators (he shook his head on the video)  was asked to drive it, the driver having no driving skills of the archaic car and could not go on directing  boards to run over  the artist. After  the front wheel slid from the actor’s chest, the driver turned them slightly and the rear wheels nearly jumped off the boards on the body of the artist. But within distance of 30 kilometers there is no possibility of providing the hospital with a serious medical care.


Even though it was unlikely any  medical assistance would be needed if the wheels come on the body. In general, the audience was relieved when that performance ended happily, and I thought to myself how long  this incredibly brave person of 56 years old  will be as lucky.