No Smoke Without Harm – eCigarettes 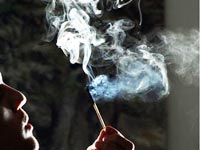 not so harmless alternative to traditional tobacco products

Research scientists from the University of Athens, added fuel to the fire while debating about their safety. They found that electronic cigarette smokers take the risk of violation of the lungs functioning. During the experiment volunteers were asked to smoke the electronic cigarette for ten minutes, after which a diagnosis of respiratory tract was carried out. It turned out that this is enough time on the average to double the resistance to the passage of air through the trachea to the lungs, leading to difficulties for breathing. Unpleasant effect lasts for about ten minutes. What are the long-term consequences of the electronic cigarette smoking, the researchers plan to find out soon. However, enough danger has been already identified, because the body gets half the oxygen than it needs during and after smoking.